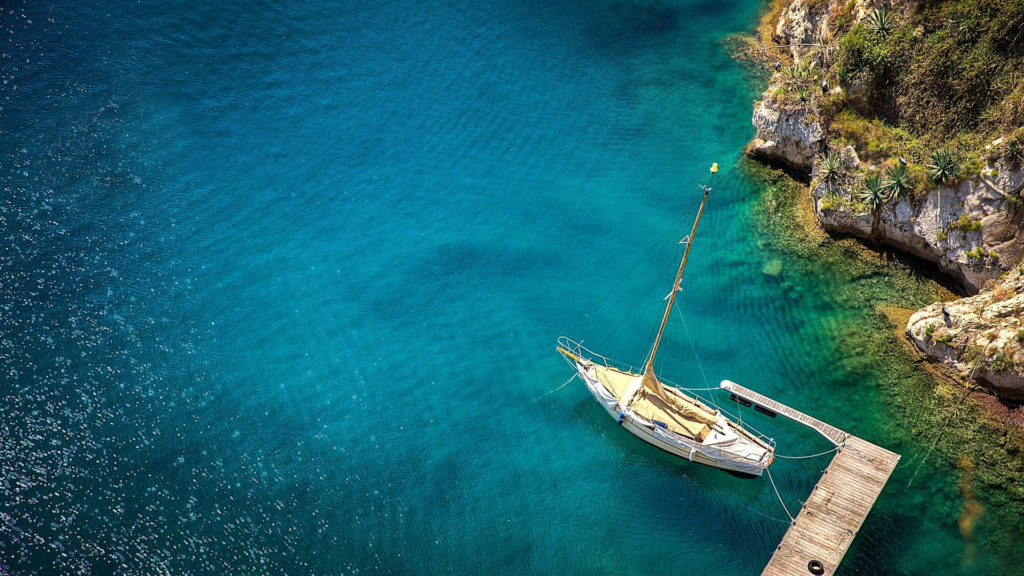 My blood work shows a PSA of 12.9, not good! My urologist recommends an Ultrasound- MRI-Guided Prostate Biopsy, which I schedule immediately. I am later diagnosed with two areas of prostate cancer. The Gleason Score measures the severity of cancer in the prostate, and I had a score of seven and eight on the left prostate and a six on the right side of the prostate. Oh Boy, what a blow! I had just sold my business and was looking forward to going ahead and purchasing a catamaran. The dream was to sail around the world with my partner Jennifer. For the past 30 years, I have always wanted to pursue my lifelong dream of sailing worldwide. Nearly five years ago, Jennifer and I started discussing the idea of embarking on this journey together.

What to do? Treatments offered were Hormone Therapy and radiation (in reality, chemical castration) which I decided there and then no way. My urologist in Vero Beach suggested that I consult with a Urologist in Sarasota, Florida, specializing in an alternative non-invasive treatment with good results. HIFU (High-Intensity Focused Ultrasound)

High-Intensity Focused Ultrasound (HIFU) is a precise and targeted non-invasive therapy for localized prostate cancer. This groundbreaking technology uses ultrasound energy, or sound waves, to heat and destroy specifically targeted areas of tissue. During a HIFU procedure, sound waves pass through healthy tissue without causing damage, but, at the focal point of the sound waves, the tissue temperature rises to 90 degrees Celsius, destroying the targeted, diseased tissue. Picture a magnifying glass focusing the rays of the sun on burning a leaf, and you’ll get a good idea of the principle behind HIFU and how it uses accuracy to destroy prostate cancer cells specifically.

Interestingly enough, my father, who was living in France 22 years ago, had been treated for prostate cancer with Proton Radiation Therapy and was cancer-free for about four years. Still, unfortunately, cancer again manifested itself. At the time, his urologist mentioned a new non-invasive treatment called HIFU. My father opted for this treatment and was cancer-free until his death.

This treatment, not covered by insurance and has not been recognized in the USA by the FDA, I decide to go ahead with the procedure. I am fortunate because not everyone who has prostate cancer is a candidate for the HIFU procedure. If the cancer is too far into the prostate, the ultrasound cannot penetrate. My urologist recommends that we treat the most aggressive cancer and monitor the prostate’s less aggressive side.

After burying my head in books and researching the topic, I decide to make a conscious effort to change my lifestyle. I consult with an herbalist who is designing a program specifically to target cancer in my body and help build up my immune system. On October 17, 2017, we drove to Sarasota to undergo the HIFU procedure. Several hours later, I come out of anesthesia blabbering the same nonsense repeatedly. I can walk out with a catheter, which I will have to wear for 5-6 days. Having a catheter attached is annoying, but at least I can get around. When the catheter finally comes out, I have some difficulty urinating due to some scar tissue blocking the urethra, which is normal after this type of treatment. Several weeks later, urination becomes more effortless, and life becomes somewhat normal.

September 2018. I am back at the urologist for another biopsy. My PSA level went up since the HIFU procedure the previous year, so we wanted to make sure cancer didn’t get worse. The bad news is that my prostate’s area that the HIFU didn’t treat has progressed from a six on the Gleason score to an eight. That news was undoubtedly a blow. However, there was some comfort to know that there was no sign of cancer in the area treated last year. I decided to go ahead and have another HIFU procedure, so on November 30, I was back in the hospital.

As I write this blog five weeks later, I feel well, apart from a few minor discomforts. I am also optimistic about the future and ready to begin our journey. Today I got confirmation that we will be taking delivery of our catamaran on February 15, 2019. The boat is one month behind schedule for reasons we don’t know, but we intend on taking advantage of the extra time. Our house in Florida has sold, personal items shipped to France, and we begin our Scuba certification course in a few days. Our days are spending checking things off our to-do list and working our way through sailing courses online.