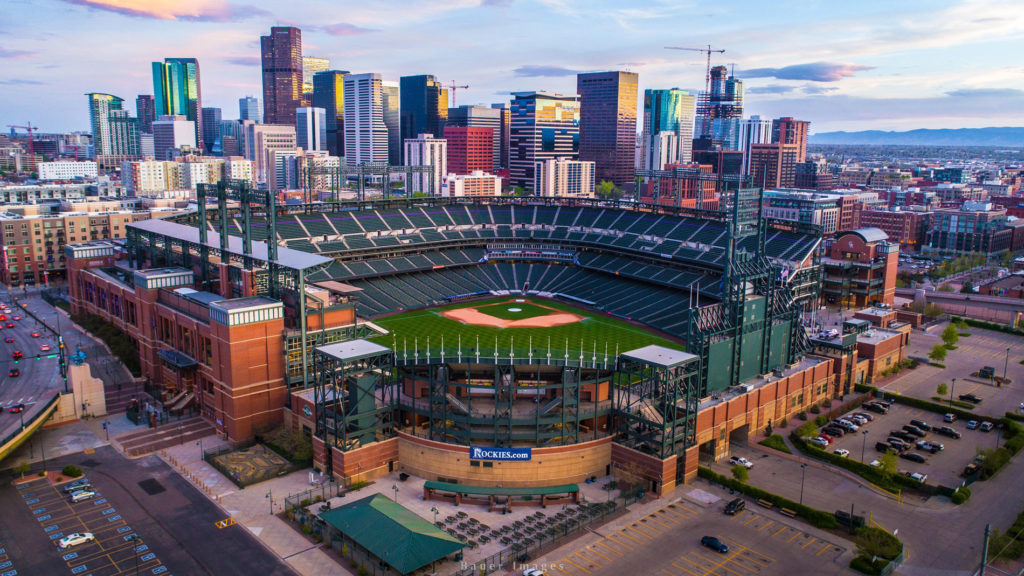 On Cloud nine in the Mile High City

Back in January, the Real Estate Brokerage I work for had a friendly competition amongst the agents. First place won two airline tickets to anywhere in the United States, second place won a drone, and I believe third place won $250 in cash. Airline tickets to anywhere in the U.S.? As much as I love to travel, I decided right then and there that I was working my butt off to get those airline tickets. Fast forward three months, I came out the winner, and I couldn’t be more ecstatic. I had one dilemma, who would I take and where will I go? After much deliberation, I decided to take my mom, and we decided to visit Denver in September. Neither one of us had ever been to Colorado, and we thought it would be fun to explore the City together. We were lucky enough to land in Denver around the same time, picked up our bags, and headed into the City. Riding through the downtown streets, I sensed a pulse and energy this place had, and I liked it! Our hotel was in the heart of the City, and the excitement oozed out of us.
In our everyday life, we live by schedules, to-do lists, and agendas, so we decided to not have a single plan! I must say that not having a timetable can backfire horribly, spending countless hours trying to figure out what to do, where to eat, and how to get there. Our first stop was the Botanical Gardens. As we stepped out of the Uber, a woman greeted us and informed us our admission was free. We looked at each other, smiled, and headed down the pathway she pointed towards. I felt as if I was inside a painting with vibrant bursts of color all around me. As we meandered into one of the many gardens, a sense of peace and calm came over me. I felt connected to nature, to my mom, and to myself. We were nearly three hours into the trip, and I was feeling alive and rejuvenated.

We rose early on Saturday and decided to head to Red Rocks Amphitheater for some sightseeing. No, we did not rent a car. We took Ubers everywhere. In Denver, they have a ride-share, which is a great way to meet locals and other travelers. The Uber wound its way to the Amphitheater. My mom and I gazed out the window in awe of all the beauty around us. We made high-pitched squeals, gasps and laughed at ourselves for acting like children. We explored all around the Amphitheater and slowly made our way down to the Trading Post. The next thing on our agenda was to set off on a hike. We didn’t want anything too strenuous because we were still getting used to the higher elevation, so we made sure to get plenty of water, and we set off on a 1-1/2 mile hike. The trails were very well maintained and easy to follow. Gorgeous rock formations and winding paths triggered silence amongst us as we marched along in awe of what we saw. After the hike, we decided to explore Morrison, a short ride from Red Rocks. The town was recommended to us by a very kind and helpful gentleman we met briefly at the hotel the day before. We ended up eating lunch on the patio of Besos De Arte in the heart of downtown Morrison. The menu was fantastic. We had a hard time choosing what to get because everything looked so good. We spent a few more hours browsing around local shops and the cider festival, but we were ready to get back to the hotel for a nap.

I made reservations for that evening at Nocturne, a Jazz Club in the RINO District. The night before I read The Organization was going to cover Prince songs, and was intrigued to hear their rendition. The RINO District is very trendy and known for the colorful murals that seem to pop up overnight on the revamped buildings. We left for the show early to take a look at some of the artwork I read about. The RINO District is a great place to spend a few hours without spending a lot of money, especially if you appreciate street art.

Hmmm… what to do next? On Sunday we decided to go to Boulder! We headed to Union Station and bought two bus tickets to Boulder and back for $18.00. There was a brisk chill to the air as we stepped off the bus and made our way to Pearl Street. We sought shelter from the cold in local shops that littered the street. The sun finally decided to come out, so we made our way to the end of Pearl street and went for one last hike. This hike was a lot harder, and I was really feeling the elevation. We decided to stop, meditate with Deepak Chopra and take some pictures before descending. As the trip was winding to an end, I realized I wanted to purchase something for myself to remind me of the fantastic time I had in Colorado with my mom. In one of the shops, I found an amethyst ring that I fell in love with. We both ended up going home with a ring to remind us of our trip to Colorado.