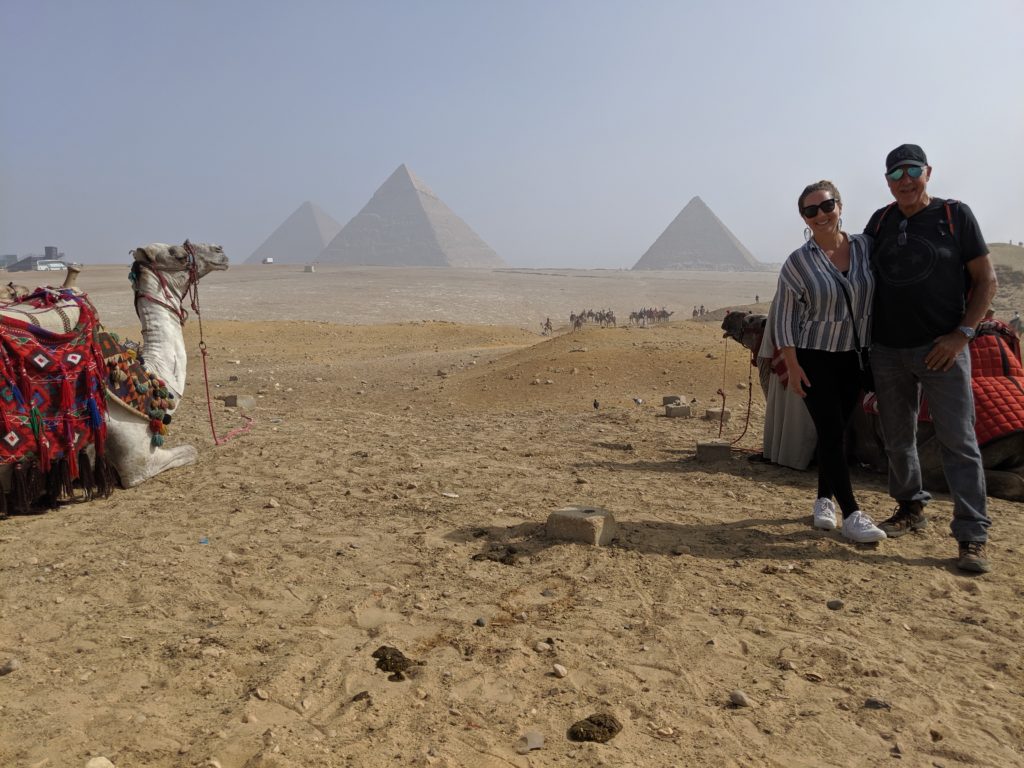 We are making our way through Cairo, a city with 30 million people, and heading towards the Grand Bazaar. The 1st thing that comes to mind is chaos. Taxis, microbuses, pedestrians, and packs of stray dogs fill the streets as the sun sets over Cairo. What did I see? Life in motion! Turtle Vans used for transportation, children begging, street vendors, panhandlers, donkeys hauling dirt, horses were transporting people and goods, and trash-covered streets and alleys. Mosques light up the night sky for us to admire, and we make our way closer to our destination. Our senses, bombarded by different smells, tastes, and sounds as we venture deep into the bazaar.

Pyramids of Giza. Holy moly, I can’t believe we are admiring the Great Pyramids of Khufu, Khafre, and Menkaure. The monumental tombs are quite impressive, and it’s no surprise that they’re considered one of the Seven Wonders of the Ancient World. Today, a highlight was riding a camel through the desert while appreciating the Pyramids from a distance.

We took a sleeper train from Cairo to Aswan and arrived first thing in the morning. A water taxi took us to Isis’s temple, where we spent most of the afternoon exploring and learning about Philae Island. We learned how papyrus is made and toured a showroom filled with beautiful paintings. Later that evening, we took a water taxi to Elephantine Island and immersed ourselves in the local traditions. We had a delicious dinner at a local Nubian home and enjoyed listening to our host, Ahmed “Shoo shoo” stories.

The next morning we rose well before the sun and took a bus through the desert to Abu Simbel. By 9:00 am, we were in awe of the 70-foot statues of Ramses II and the monuments he had constructed for himself and the love of his life, Nefertari. We visited an essence shop where we learned about various oil extracts and aromatherapy. The next day we sailed up the Nile on a traditional Felucca. Halfway through the day, we decided to tie the boat ashore and take a dip in The Nile. The cold water felt amazing against my skin, and the freshwater was a welcome change to the salty Mediterranean. We spent the night under the stars on the Nile somewhere between Aswan and Luxor. The next morning we jumped on a bus, and we ventured to Luxor. We stopped by ACE, Animal Care Egypt, and visited their facilities. They are a great organization dedicated to educating the Egyptian people on animal care while providing free vaccinations and respect to them. In Luxor, we explored The Valley of the Kings and stopped by a family-owned and operated Alabaster shop. The highlight of my day in the Valley was touring the Royal tomb of Ramses 5 & 6. The hieroglyphics were beautiful, and the colors were so vivid. 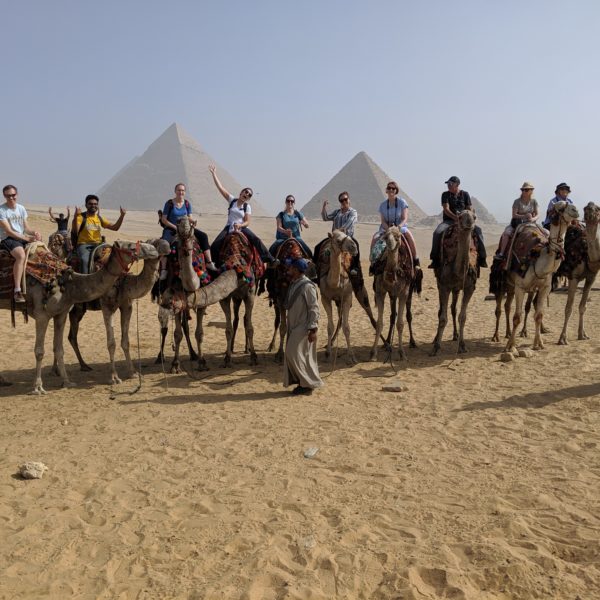 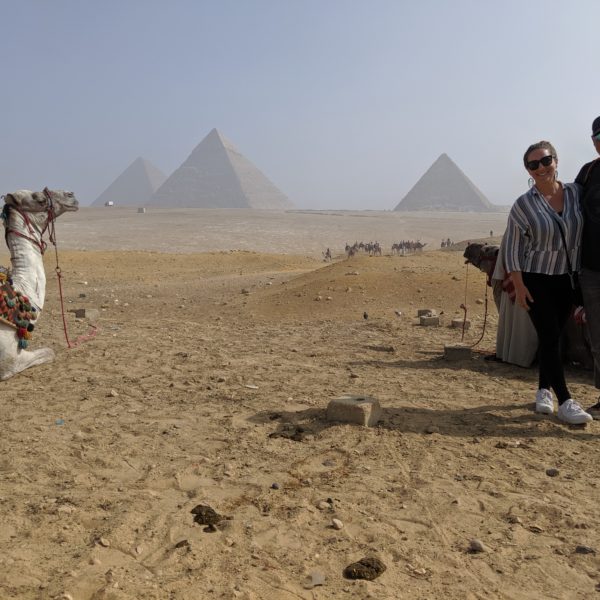 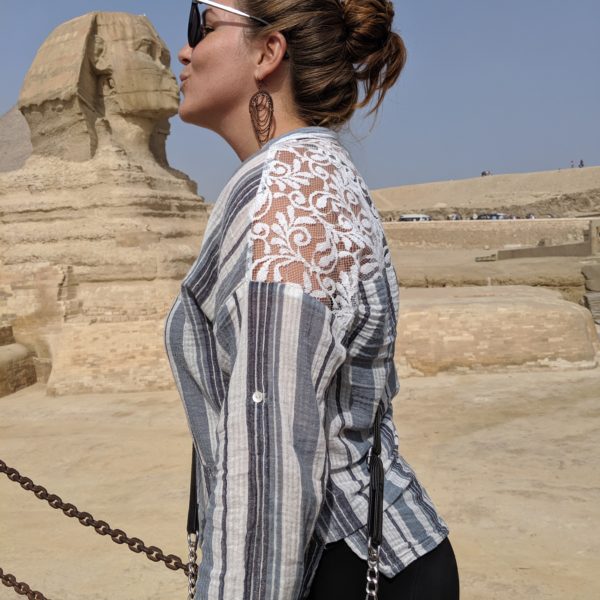 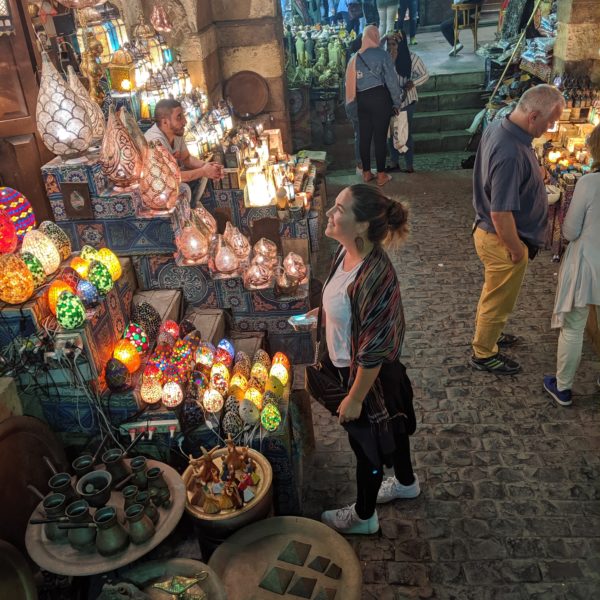 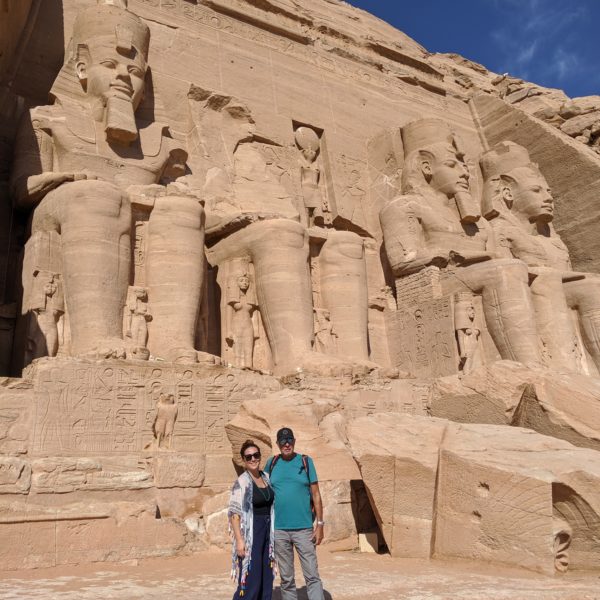 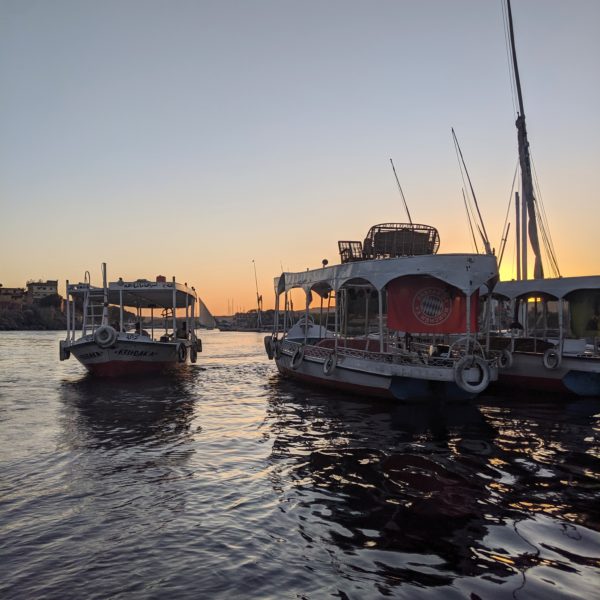 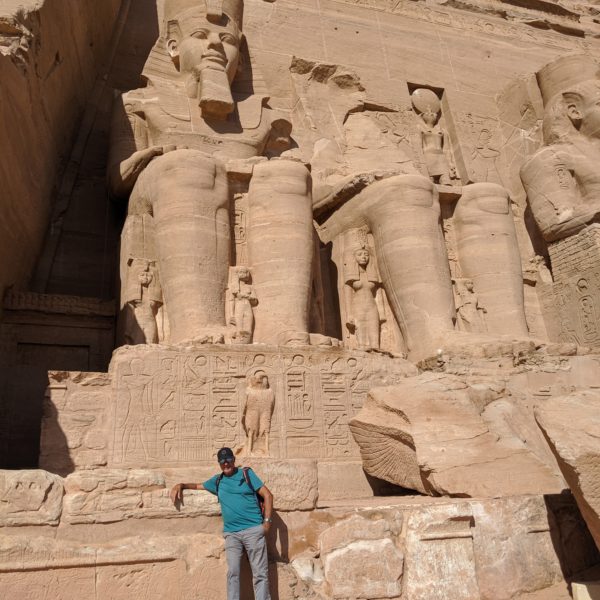 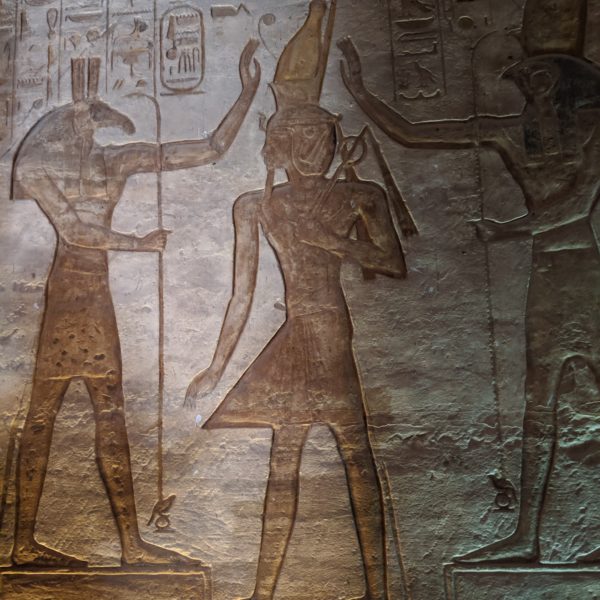 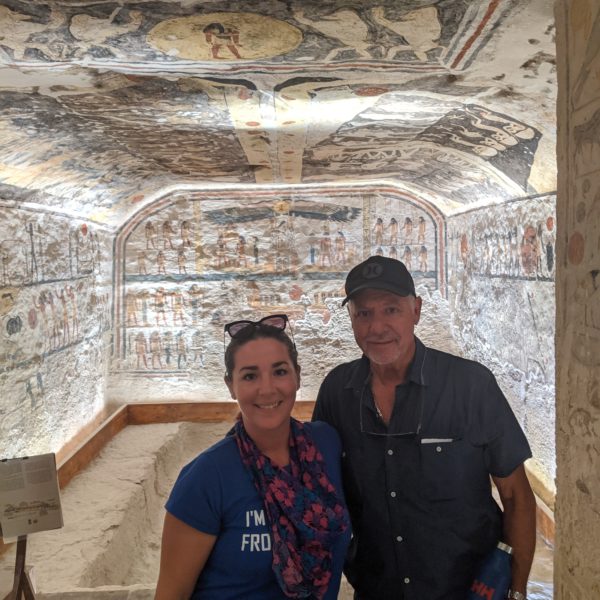